Far away from the glitz of the red carpet and the A list stars at the Grammys, stands an ordinary building in the depths of urban Croydon. If you step a little closer, you can hear the sounds of our generation’s next superstars in the making.

Adele, Jessie J, Rizzle Kicks and Amy Winehouse are just some of the talent the London School for Performing Arts & Technology – otherwise known as the BRIT school – has produced. Speaking of the school last year Adele told the Sun: “I hate to think where I’d have ended up if I hadn’t gone to the BRIT School.”

A more recent graduate is Steven Olatunbosum, otherwise known as ‘J-Sol’, 18, from Essex; who has recently signed a publishing deal with Sony ATV and has just finished shooting his first music video. His debut single is titled ‘Alien’ featuring ‘Cashtastic’ and will be released in May 2012.

J-Sol went to the BRIT School in 2009 aged 16 and studied Musical Theatre. His ambitions are clear: “I can’t wait for everyone to hear and know about this record. I put my all into this song. My aspiration is to be one of the biggest male pop/R&B/urban artist to ever come out of the UK.”

But does the singer-songwriter feel that having attended the school has helped his career so far? “I definitely agree that it helps, but it doesn’t do miracles.”

“You don’t have to go to the BRIT school to make it, hard work and talent equals success regardless”, he says. But there is one clear advantage: ‘’A&R’s are constantly holding auditions [at the school] to sign musicians to top labels.”

BRIT Award winner and singer-songwriter Ed Sheeran comments ironically on the ubiquity of the Brit school’s brand in his hit You Need Me I Don’t Need You, he sings: “I sing fast, I know that all my shit’s cool. I will blast and I didn’t go to BRIT School” which he claims is a comment on him ‘fitting all the stereotypes of BRIT School but not actually attending it.

Award winning singer-songwriter and ex student Katy B has said: “I made my links outside the school in terms of people I was working with to get me to this position – I didn’t go through the BRIT School.”

The BRIT School is in fact a state funded City College for 14-19 year olds, and is the only free Performing Arts and Technology School in Britain. Arthur Boulton, the school’s link to the entertainment industry, and Arts Management teacher, also dismisses this: “Every student leaves here with qualifications. Our students in music, theatre, musical theatre, media, production arts, dance and art/design must have generated over 1 billion pounds to the entertainment economy over the last 21 years.”

Having worked at the school for 21 years, Boulton says: “Our students are treated no differently from any others; they all have to pay their dues. However, the fact they are with likeminded students leads to what we refer to as ‘the green house effect’ – they bounce ideas of each other.”

Abigail Hardiman, 18, from Hackney, who went to the BRIT School in 2007 (to 2011), agrees that having been to the school will help with her future success as a music artist. “But not because it is known as a ‘fame school’, much more because it is full of like minded people and the teaching and support is so good. Those that have made it are great inspirations but this doesn’t mean it is a pathway for anyone to make it from that school; it is down to hard work and talent.”

Since leaving the school, 2004 Music Strand BRIT student Sheree Dubois, 24, from North London, has started her own creative arts company Be Surreal, as well as continuing with writing and performing her own music. She has also recently recorded the soundtrack to and performed in an Olivier nominated show by Zoonation called “Some Like it Hip Hop”.

For her, fame isn’t a first priority. “I haven’t been rushing for fame, I’m taking my time for public success, but during that stage of my journey, it won’t be dependent of me being a previous BRIT student, it will be because I’ve pushed myself to reach that goal and it will happen in its own time.”

J-Sol thinks its all about hard work: “I remember waking up at 5.30am travelling all the way to Croydon and not leaving till around 5pm on most days. We all worked so hard because we loved what we do. There’s absolutely nothing unfair about it apart from the fact that we took an opportunity and ran with it.”Hardiman adds: “I think that BRIT school kids have an advantage – for want of a better word – but I do not agree that it is unfair. People don’t make it because they went to BRIT school; they make it because of their talent and determination. She adds that with a school full of people with similar abilities and with the same passion, “it is inevitable that more people will make it.”

So what makes the BRIT School stand out among other schools? For Boulton it is: “The nature of the students as they chose us and entrust to us their hopes, their dreams and their futures – and an incredibly committed staff who will go the extra mile for the students.” Dubois adds: “The teachers always believe in you, and that’s of most importance.”

Laura Bonner, 16, from Bexley, chose to study Musical Theatre at the school last September because it is the one place she can study the subject she loves without having to pay large fees. “The quality of the teaching is excellent, the facilities are superb and the enthusiasm of the students is second to none.”

Without the generosity of the record industry the school would have never been built. Andrew Miller, music industry executive and concert promoter, raised millions of pounds at a charity concert in 1990; some of which went to the BRIT Trust and funded the building of the school which opened in 1991. Miller died earlier this year.

Nick Williams, who has been the principal of the Croydon BRIT School since 2002, said: “The BRIT Trust needed to raise 20% of the cost of the capital works for the BRIT School building and without this event that would have been very difficult. Andrew’s contribution to the success of the School is therefore considerable and we are very grateful.”

Bonner said: “The BRIT school allows you to be who you want to be, and develop your own skills and ideas; it won’t change you, it helps you thrive as an individual. I’m so proud to say I’m a student at the BRIT school. I love going to school every day, even if I do have to get up at 5.30!”

Whilst the likes of Adele and Jessie J are prime examples of what the education and training provided by the school, sets you up for, J-Sol said: “Overall BRIT school doesn’t make you a star. They are there to help train you and take you to the next level whilst educating you about the industry.”

More than 65 million albums have been collectively sold by former students of the BRIT school since it opened. Could J-Sol be the next to add to the number? 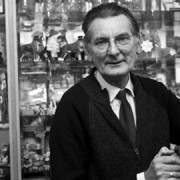