Cleaners from tube stations on the Victoria, Bakerloo and Central lines were joined by union officials and supporters outside London Underground offices in Holborn.

Cleaning staff are demanding Mayor of London and TfL Chairman Boris Johnson keeps his promise to ensure tube contract cleaners receive the London living wage of £7.60 an hour. Some tube cleaners, employed by four different sub-contractors, are paid as little as £5.80 an hour.

Staff on the three former Metronet-run tube lines, now controlled by TfL, are involved in an ongoing dispute with contractors and cleaning sub-contractors. More than 700 cleaners took several days of strike action in 2008 demanding improved pay and conditions.

Clara Osagiede, secretary of the RMT cleaners’ grade, spoke to East London Lines: “Cleaning is hard work with long hours. Lots of us have been laid-off so we have to work twice as hard. We feel with multiple contracting our conditions are made worse. Privatisation of our jobs means our conditions and benefits are driven down.”

Wednesday’s protest was called in response to news that the cleaning contract is likely to be handed to another contractor.

Ms Osagiede said: “We are treated with absolute disrespect by management. That’s what we are fighting for; our dignity and respect. These companies are exploiting us as migrant workers. Most cleaners are scared because of the bullying so they find it very difficult to speak out publicly.” 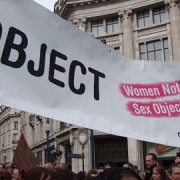 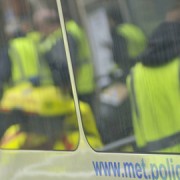 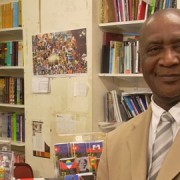 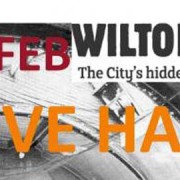