Many families living in boroughs along the East London Line will struggle to make ends meet as government cuts to the local housing allowance begin to bite, according to new research commissioned by housing charity Shelter.

Households in Tower Hamlets may find themselves up to £118 a month worse off as a result of government cuts to local housing allowance; for Lewisham, the predicted shortfall is £87 a month.

Nationwide, the report from the University of Cambridge found, 134,000 households will either be evicted or forced to move when the cuts come in next year, as they find themselves unable to negotiate cheaper rents. Many families will find themselves forced to approach their local authority for housing assistance, which could cost the government up to £120 million a year, even if they restrict such aid to the neediest families.

London Councils, which represents the 33 London boroughs, warned that the capital would be hit ‘disproportionately’ and said it has been inundated by calls from alarmed housing officers.

London Councils chairman Jules Pipe, who is also Labour mayor of Hackney, said: “This blanket cap ignores the high rental values in many areas of London and, without providing any form of alternative housing provision, makes large swathes of the capital virtual ‘no-go’ areas to large numbers of people, including those who are needed to keep both business and vital public services operating.”

Hackney Housing Group has condemned the cuts to local housing allowance, on the basis that they will mean “many more people made homeless, who if eligible to be housed will join the 2,000 households already in Hackney’s temporary accommodation, and if not may end up on the streets”. 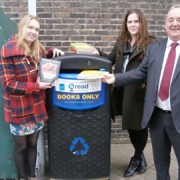