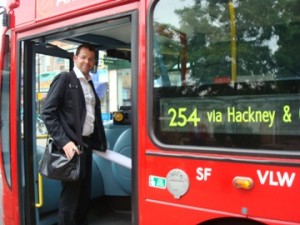 Sebastien Chapleau is calling on the community to come together to put an end to overcrowded buses.

The community alliance, London Citizens, is campaigning alongside schools in Hackney to tackle the problem of overcrowded buses in the borough. London Citizens started the City Safe campaign three years ago after one of their members was murdered on the streets of Lewisham.

Community Organiser, Sebastien Chapleau, is encouraging teachers and students at Our Lady’s Convent High School in Stamford Hill, and Skinner’s Academy in Manor House to address issues of safety and violence on buses.

Sebastien Chapleau says the overcrowded buses lead to “tension on the streets, tensions on the pavement and conflicts between schools.

“The students obviously don’t like it because once they finish the school day they want to go home and relax,” Chapleau said.

“The local people don’t like it because they don’t enjoy seeing hundreds of kids waiting for the same bus and having arguments about it.”

Chapleau helped the two schools to realise that they needed to work together in order to be taken seriously.

Parents, teachers, local residents, students and governors teamed up to put pressure on the authorities.

They met with Jennette Arnold, London Assembly Member for Hackney, and convinced her to work with them and help to arrange a meeting with their key target: Transport for London (Tfl).

On May 26, Jennette Arnold will join the campaigners and see for herself how overcrowded the 254 bus gets at 3.30pm.

Once Arnold has experienced the crowds for herself, the campaigners are hopeful that Tfl will recognise how important the issue is.

With Arnold’s support they are positive Tfl will provide more buses at peak times when school finishes.

Chapleau said: “we are hopeful that we will win because at the end of the day there is no alternative”.

But with children, drivers and local community all united against the situation Chapleau has said: “we won’t stop until we get what we want.” 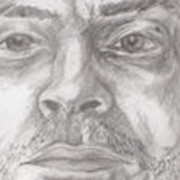 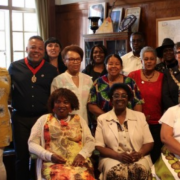 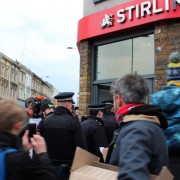 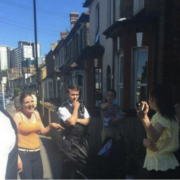