A Croydon teenager was murdered during what is believed to be a clash between two rival gangs in Ilford.

Kelvin Chibueze, 17, from Croydon was stabbed during a fight between groups of teenagers in Ilford High Road in the early hours of Monday morning. It is believed the disturbance involved more than 15 people from a party which had spilled out into the street.

He was found suffering from stab wounds in the street and taken to the Royal London Hospital but died later.

According to reports, the teenager’s nickname was Boss Don Gramz and he was a member of the Dagenham Boys gang. He is said to have been a friend of another teenager, Olukorede Fajinmi, 17, who was stabbed in the heart during a fight with the Harts Lane Gang in Beckton last year. He was the ninth teenager to be killed in London this year and the eighth to be stabbed to death.

The Evening Standard reported that his mother, Tina, became hysterical when told the news, ran onto a bus and had to be fetched by her daughter. Friends of the teenager are reported to have warned of more bloodshed. On Twitter, Amy Hodgson wrote: “Things are gonna [go] CRAZY now. I can feel it.”

His death came as David Cameron vowed to wage an ‘’all out war’ on gangs in the wake of last week’s rioting.

A Scotland Yard spokesman said a post-mortem examination will take place on Wednesday. The spokesman said: “It is believed that two groups, with 15-20 people in total, were involved in a disturbance following a private party at a premises off Ilford High Road. The argument spilled out into Ilford High Road and then into the car park next to Lidl and Fitness First where it is believed the victim was stabbed.”

Detective Chief Inspector John Macdonald said: “There were people shouting and bottles thrown in what is a busy area even at that time of night. My appeal is to members of the public who may have seen what was going on to contact us and also anyone involved in these two groups to come forward and tell us what happened.” 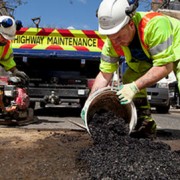