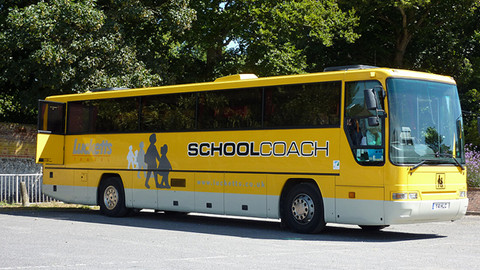 A Croydon coach company that takes disabled and special needs children to and from school, has had 60 percent of its operating licences revoked.

Olympic South Limited lost its passenger service vehicle (PSV) licences because of failures to keep proper maintenance records as well as issues with registering vehicles in the wrong class and not obtaining correct Ministry of Transport tests.

However, Croydon council has said that they will not be revoking the company’s £475,000 annual contract to operate one coach, two mini-buses and 23 taxi routes. Henry Bilinski, Olympic South director, said they continue to undertake school runs in the borough.

This issue is Olympic South’s latest controversy as the company had its £5.2 million contract revoked in 2011 .  The dispute sparked after Michael Lawrence, one of the key overseers of the procurement process, left his job as Sutton Council’s transport manager to take over as a director at the coach company.

A council spokesman said: “This firm only has two mini-buses on Croydon school routes and both of these have all the proper licenses. This is checked regularly and has also been reconfirmed following the recent news.

“The Council has several similar contracts with other firms and should we ever need to cover a route because of the unavailability of a vehicle this allows us to do so.”

However, some parents are worried for the safety of their children. Anna Blackman, a Croydon mother, said: “I’m not quite sure which coach firm takes my son to school, but if the firm lost 60 per cent of the operating licence – I would feel unsafe when they take my son. I prefer to take him myself.”