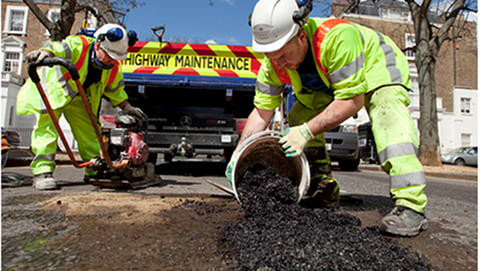 The Croydon Council will be using a new £100,000 winter pothole fund to repair road damages caused by the recent snow and ice. The fund has been set aside in an effort to ensure that traffic can move safely on Croydon’s 2,500 roads.

Teams from the highways department will be conducting inspections of roads across the borough over the next few weeks to locate potholes.

Councillor Phil Thomas, cabinet member for highways and environmental services, said: “The weather over the last few weeks will have opened up a number of new holes in roads across the borough.

“We will soon have to tackle the potholes that result from ice breaking up road surfaces.”

The council has invested around £15m over the last few years carrying out long-term repairs to the borough’s many roads.

“We’re making the money available to deal with this problem because of the dangers that we know that these hazards can pose to cyclists, motorists and pedestrians alike.”

Without this investment, Thomas believes that “the situation would undoubtedly be a lot worse than it is.”

For Croydon residents who are concerned about any holes on their roads, reports can be filed with the council to organise inspections.