Objections to the £1 billion regeneration of the Whitgift Centre were dismissed by a High Court judge yesterday as plans to rejuvenate Croydon town centre prevailed.

It claimed that members of the strategic planning committee who proposed the scheme were not shown a confidential report by Deloitte assessing the project’s affordable housing.

The Trust doubted whether a significant proportion of the proposed affordable homes would be delivered through the scheme.

A report by BNP Paribas in April 2013 stated that the scheme’s residential element was unviable. The council’s director of planning reported that the Croydon Plan’s advised figure of 50 per cent affordable housing was not achievable.

However, the director of planning believed that the plans could secure 15 per cent affordable housing and meet requirements set out in the Croydon Opportunity Area Planning Framework.

Whitgift Trust argued that in not seeing the full confidential Deloitte report, committee members did not have “the full picture”.

High Court judge, Mr Justice Collins, dismissed these challenges ruling that queries relating to the plan’s viability would not have been relevant when deciding whether to allow planning consent.

“This decision takes us a step closer to realising our regeneration for Croydon’s town centre. The £1 billion Westfield/Hammerson development is hugely important for us and, as well as providing fantastic retail and leisure facilities, it will act as a catalyst in bringing thousands of new homes, jobs and further investment to the borough, which will benefit local people.”

Objectors will have a further opportunity to block the development at a public inquiry into the compulsory purchase order, which will run from February 3 to March 11 2015.

The inquiry will determine whether Croydon Council can forcibly acquire land surrounding the Whitgift Centre if the owners refuse to sell to developers.

Currently, over 130 objections to the compulsory purchase order have been sent to Eric Pickles, secretary of state for communities and local government. 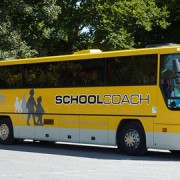