Tower Hamlets council have delayed plans for a new building development after neighbouring Poplar residents complained that it would block out sunlight and invade their privacy.

The Silver Wharf development plans by developers Fairview Homes proposed the construction of two buildings boasting 162 apartments on land near the corner of Broomfield Street and Upper North Street, near Langdon park.

However people living near the proposed development complained that they were not consulted about the plans and that their quality of life would be affected by the apartments with the proposed buildings, which would range from three to 14 storeys high, allowing direct sight into their homes.

At a strategic development committee meeting last night at Tower Hamlets Town Hall, Mulberry Place, Councillor Mark Francis said that the decision on whether to give the plans the go ahead should be referred to a later date pending a visit to the site, so that the council could get a better perspective of the position and height of the building.

Speaking at the meeting, Andrew Ager, chairman of the Silver Wharf Residents association, said that residents had not been properly informed of the forthcoming buildings, explaining that occupants in the neighbouring Craig Tower had been “completely left out” from communication.

This was significant, Ager continued, as Craig Tower was likely to be highly affected by the Fairview Homes proposals, as the vast majority of the block is single aspect dwellings, meaning that resident’s only window and biggest source of light could be affected.

Ager, talking to EastLondonLines, said this was “a clear attempt to blindside residents and make sure there there were no complaints”.

Representatives of Fairview Homes insisted that the company had made every effort to contact tenants in the area confirming that they had personally posted letters in October 2014, something Ager and Catherine O’Mahony, a member of the Silver Wharf Residents Association, denied.

Ager, along with O’Mahony, argued that while residents recognise that more homes are needed within the area, the plans for high-rise buildings would not be suitable for an area with low rise towers.

They added that the current plans are “not in line” with the councils usual recommendation that taller housing should be situated closer to urban built-up town centres.

Ager said: “A more appropriate building can be constructed that will meet the needs for social housing.”

“They [the council] need to see the area. The tall building would mean congestion. I am hoping the site visit will have an impact.” 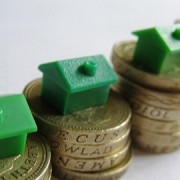